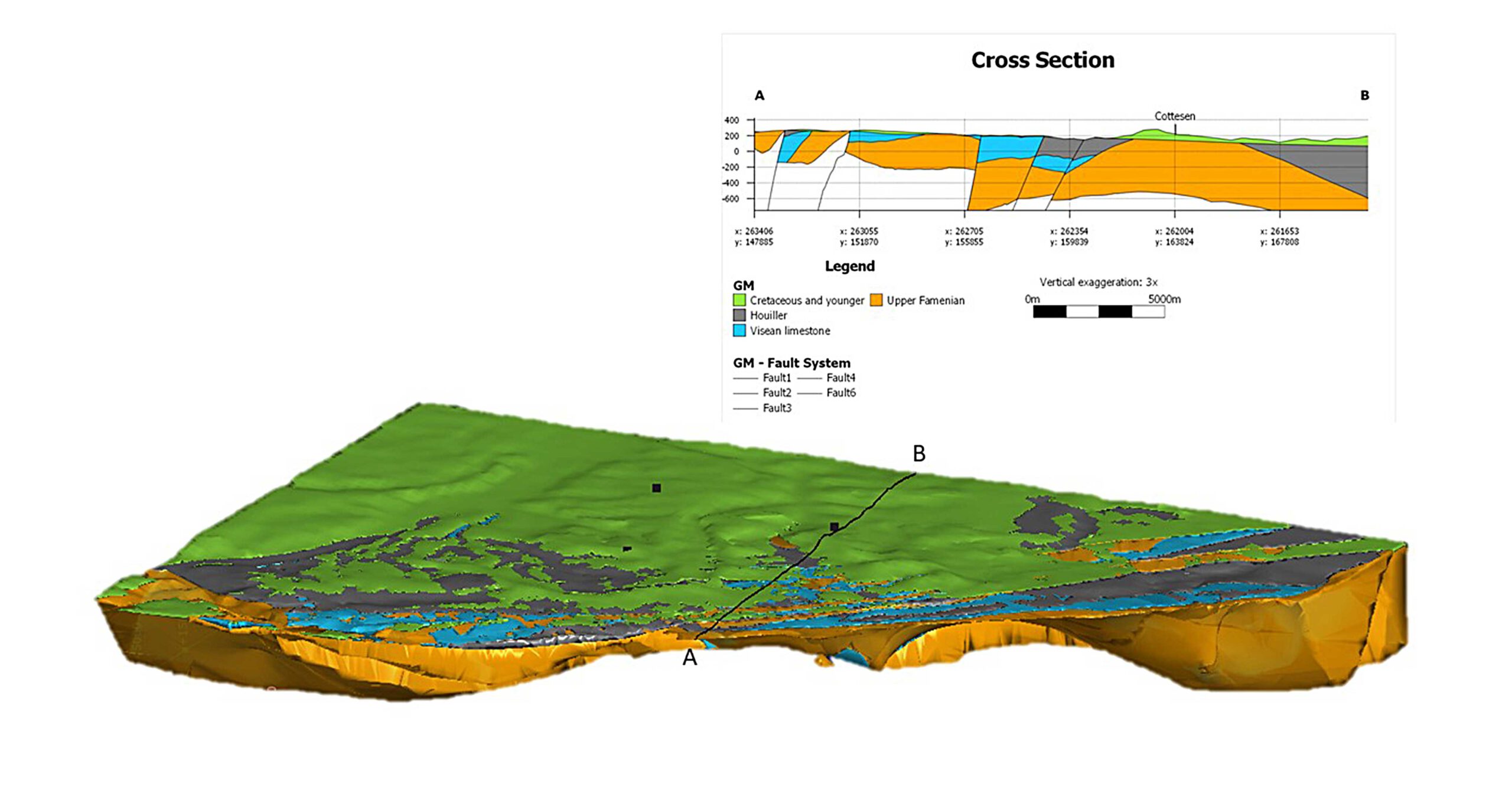 The exploration area for the Einstein telescope in Euregio-Meuse-Rhine: position of the different boreholes

Advanced studies of the underground in the EMR region leading to an open geo-model and an in-situ observatory.

Groundwater plays an important role for underground civil engineering works. Groundwater conditions during the construction phase and during the exploitation phase must be anticipated in order to organize potentially needed drainage and pumping. The underground infrastructure can also have an impact on its surrounding causing a drawdown of the groundwater levels. This drawdown can impact production wells, feeding of the surface water or cause a subsidence of the area.

To evaluate the amount of groundwater to pump and the impact of this drainage, a 3D regional groundwater flow of the Euregio Meuse-Rhine is developed which covers an area of 1100 km² to a depth of -500 m to set realistic boundary conditions. The boundaries on the West, South and South-East are are defined by the Meuse River, the Vesdre River, and the base of the Famennian which outcrop from Nessonvaux to Gressenich. The boundary conditions at the North and the East are based on historical piezometric levels and are chosen sufficiently far from the test site to ensure a low influence on the simulated groundwater flow.

View of the simplified geological model of the EMR region used to create the hydrogeological model. It models 4 geological layers and 5 faults. The Cross section (A-B line on the model) is passing by Cottessen.

Drilling in Banholt, the Netherlands

Drilling in Cottessen, the Netherlands

Back to Activities page